In The Blood Lust of Identity Ian Buruma offers, “Identity is what gets the blood boiling, what makes people do unspeakable things to their neighbors. It is the fuel used by agitators to set whole countries on fire.” Yes! We need to get back to the work of governing instead of focusing so much of our energy on partisan victory, conflict, and pride. Folks, we collectively must wake up, begin to think sanely, and elect political leaders with new trajectories and course setting strategies that manifest from deep within the cockpit of compassionate souls. We are de-railed and can begin to re-rail with votes this November. END_OF_DOCUMENT_TOKEN_TO_BE_REPLACED

Except for a few, cross-cut individuals, Americans have evolved to be a political party sorted country; and daily, we are becoming more sorted. It reminds of a Broncos-Raiders football game: a must win at all cost. Wilber et al contend, “…partisan politics is a dangerous duel of limited and partial truths… glaring inadequacies of both parties, due largely to their lack of view big enough to address the complex issues facing us today.” (Integral Life Practice, 2008, Integral Books, 114) Lilliana Mason, Uncivil Agreement, offers, END_OF_DOCUMENT_TOKEN_TO_BE_REPLACED

Except for a few, cross-cut individuals, Americans have evolved to be a political party sorted country; and daily, we are becoming more sorted. It reminds of a Broncos-Raiders football game: a must win at all cost. Wilber et al contend, “…partisan politics is a dangerous duel of limited and partial truths… glaring inadequacies of both parties, due largely to their lack of view big enough to address the complex issues facing us today.” (Integral Life Practice, 2008, Integral Books, 114) Lilliana Mason, Uncivil Agreement, offers, END_OF_DOCUMENT_TOKEN_TO_BE_REPLACED 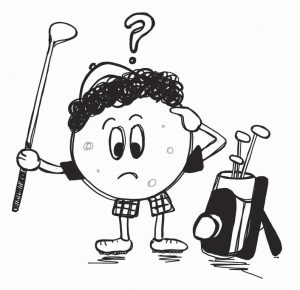 The golf course has been a wonderful place to learn about and practice the art and science of mastering the self; health, wellness and well-being; and mind”full”ness, awareness and self-restraint. The game’s gifts reminds of General Douglas MacArthur’s words, uttered in the context of West Point, Black Knights of the Hudson football: “Upon the fields of friendly strife are sown the seeds that at other times and in other places, bear he fruits of victory.” END_OF_DOCUMENT_TOKEN_TO_BE_REPLACED

Words have always been a fascination! Perhaps it’s in the genes. Grandmother was a schoolteacher at Mark Center, Ohio High School; and she loved words; and Dad studied the dictionary and was reading the Saturday Evening Post before he was off to the first grade. Grandma worked the Toledo Blade  crosswords: had a stack beside her Morris chair; and she read the Reader’s Digest and was religious about keeping every copy of the Digest and completing “It Pays to Increase Your Word Power” pages in the Digest. Before taking the SAT and ACT college entrance tests, Grandma and I studied words at her oak dining room table using her collection of Reader’s Digest “Word Power” articles. END_OF_DOCUMENT_TOKEN_TO_BE_REPLACED

As a West Point graduate—class of 1962, proud member of the Long Gray Line, and decorated two-year combat veteran, an opinion is that President Trump, Commander-in-Chief, chooses not to champion those in uniform and does not respect the core values of West Point and the military.
*Does not set a good example: during the global pandemic he has chosen not to wear a mask to protect others. “Leadership is the art of influencing and directing people to an assigned goal in such a manner as to command their obedience, confidence, respect, and loyal cooperation.” (Notes for the Course in the History of the Military Art, Department of Military Art and Engineering, United States Military Academy, West Point, New York, 1957, page 3) END_OF_DOCUMENT_TOKEN_TO_BE_REPLACED

Trusting the subconscious mind to swing the golf club has evolved an inspiration to be more positive; and guess what! The game is the “funest” and “bestest” ever!! Placing rampant swing thoughts on a bus to South America, providing clear “desired results” to the subconscious and passionately connecting the conscious mind with the subconscious mind—mind”full”ness—is a new, exciting experience.
Christian D. Larson offers, END_OF_DOCUMENT_TOKEN_TO_BE_REPLACED

During Corporate America years at Coors a lasting experience was the opportunity to work with Hyler Bracey, President, the Atlanta Consulting Group. The Coors family had hired Hyler and his associates to facilitate transition of Adolph Coors Company from several dependent, vertically organized companies into two independent companies, Coors Brewing Company and Graphic Packaging Company.
At the age of 28, Hyler was in a stock car racing accident and burned over 60% of his body. His face was severely disfigured, and his fingers were like burned twigs in a bonfire. However, his character, personality and mentality, manifested through his blue eyes and subconscious mind, were magnetizing and drew you to his heart. Hyler modeled that scars offer a story of the past and do not dictate where one intends to go. He walked the talk of one of the key concepts he and his associates shared with the Coors leadership team: life happens because of me and not to me, or the concept of 100% responsibility. END_OF_DOCUMENT_TOKEN_TO_BE_REPLACED

TRANSITION BLUES
“The certainties of one age are the problems of the next.” (R.H. Tawney)
These are changing and turbulent times that challenge men’s, women’s and children’s hearts and souls. Fear and uncertainty are abundant; and loss of normalcy and identity traumatize. Death, individual and collective health uncertainty, financial insecurity, competitiveness decline, education regression, depressed economy, loss of jobs and freedom, and other pandemic inspired chaos demand proactive and positive responses to its challenges and opportunities. END_OF_DOCUMENT_TOKEN_TO_BE_REPLACED