Grip[1], aim[2], position[3], swing plane[4] and release[5] are the primary principles (main causes) that can be used to manage clubface angle and clubface path. The only missing ingredient is time on the range hitting balls to learn to read ball flight and experiment with and manage the club-ball impact variables. Jack Nicklaus, Golf My Way, contends, “Whatever any golfer does with a golf club should have only one purpose: to produce correct impact of club on ball.”

[1] The placement of the hands on the club: positioning the palms, fingers and thumbs to allow a fluid motion during the swing.
[2] The combination of alignments of the clubface and body in relation to the target.
[3] The relationship of the back of the leading hand and the forearm: flat, cupped or arched-bowed.
[4] The tilt and direction of travel of the inclined plane that is made by the shaft of the club as it moves through the backswing and the downswing.
[5] The movement of the body that returns the clubface to a square position at impact in the forward swing, freeing potential energy in the moving clubhead. 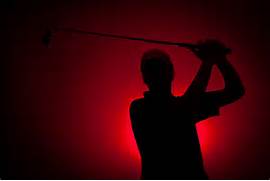