During Corporate America years at Coors a lasting experience was the opportunity to work with Hyler Bracey, President, the Atlanta Consulting Group. The Coors family had hired Hyler and his associates to facilitate transition of Adolph Coors Company from several dependent, vertically organized companies into two independent companies, Coors Brewing Company and Graphic Packaging Company.
At the age of 28, Hyler was in a stock car racing accident and burned over 60% of his body. His face was severely disfigured, and his fingers were like burned twigs in a bonfire. However, his character, personality and mentality, manifested through his blue eyes and subconscious mind, were magnetizing and drew you to his heart. Hyler modeled that scars offer a story of the past and do not dictate where one intends to go. He walked the talk of one of the key concepts he and his associates shared with the Coors leadership team: life happens because of me and not to me, or the concept of 100% responsibility.
Daily we are witness to scurrying about to avoid being identified as the culprit. In our culture there is intense desire to be off the hook; and clever and devious actions taken to get off the hook are known as cover your posterior. Quite simply, desired results do not equal excuses coupled with no desired results; and blaming, justifying, spinning, lying and choosing not to accept responsibility when something goes wrong is a negative life and leadership strategy. Being right is a booby prize! The real prize is the desired result which has not been realized. Blaming and justifying put us at the mercy of other people and events and do not make things happen. A better strategy is not to give away power and influence by blaming and justifying. Take charge: 100% responsibility, I am 100% responsible and others are 0% responsible.
Imagine the power in this country where everyone is assuming 100% responsibility for its success. Imagine how refreshing it would be for the President, Senators and Representatives to be examining what they did and what they could do rather than expending energy and plotting how to get off the hook. Perhaps the greatest value of the 100%-0% concept is that it focuses energy on creating desired results rather than finding ways of avoiding responsibility. Because it encourages folks to develop new options to produce desired results, it is a deeply empowering concept.
Thank you Hyler for pointing the way to 100% responsibility, a leader’s tool to make things happen and generate positive differences in every area of American lives. The negative option is wasting time and money blaming, defending, justifying, spinning, meeting, lying, cheating, making excuses and not getting the job done for Americans. 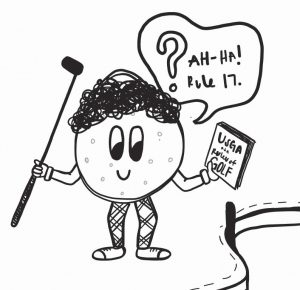