After completing a quick and dirty review of the Republican Party and Democratic Party platforms, partisan differences highlight the reality of limited and partial truths and the downsides of political party sorting as integral to individual and collective identity. Moreover, there are glaring inadequacies of both parties because of a lack of view big enough to address the complex issues facing America and global partners today. This certainly helps one understand partisan political division, discord, and complexity in today’s evolving, awakening, and growing world; and it reinforces why folks, including neighbors, are unable to agree on what America needs to unfold for generations to come. We are evolving and there are simply different levels of consciousness in our respective cultures and communities.

Just a few of the Republican (R) and Democratic (D) platform differences are as follows:

From www.nj.com, 1-14-21, “10 huge differences between Democratic and Republican platforms.”

Is there an option to political party sorting? Integral politics holds promise and offers a process perspective; a map of consciousness and human development; a way of comprehending life and reality in broad yet precise terms; a meta-theory that incorporates the core truths of hundreds of theories; and organizes the profound insights of the spiritual traditions, philosophy, modern science, developmental psychology, and many other disciplines, into a coherent whole. It simply integrates the perspectives that great thinkers, teachers, and researchers have brought to our understanding of self and world, the individual inner-mind and emotions-and outer-physical body-and the collective inner-family and culture- and outer-institutions. (Wilber, Patton, Leonard, Morelli, 2008. Integral Life Practice: A 21st Century Blueprint for Physical Health, Emotional Balance, Mental Clarity, and Spiritual Awakening. Boston, MA: Integral Books, pages 9-10, 114-15.)

Despite all the characteristics that differentiate us—race, language, religion, gender, wealth, and many others—we are all equal in terms of our basic humanity…The problem is that when we see ourselves only in terms of this or that group, we tend to forget about our wider identity as human beings…A key element in biased feelings is what we call “attachment”…What I am calling for is that we move beyond our limited or biased sense of closeness to this or that group or identity, and instead cultivate a sense of closeness to the entire human family. The attitude of “us” and “them” can and often does lead to conflict, even war. Much better, and more realistic, is the attitude of “we.” (Dalai Lama, Beyond Religion: Ethics for a Whole World, 2011. NY, NY: Houghton, Mifflin, Harcourt, pages 29, 51, 52.)

The evolutionary impulse intends to transcend and include, to improve the political processes, and to resolve the political party sorting issues. We are interdependent, share humanity, and target for happiness and avoidance of suffering. Life is short! Let us nurture universal compassion and a sense of “We the people.” 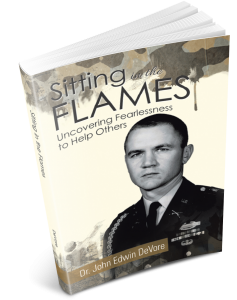 Uncategorized   #WE THE PEOPLE

← INTEGRAL POLITICS
LET US MOVE ON! →