Military leaders learn about the principles of war, fundamental truths governing the prosecution of war. The application of these principles to the planning for and direction of war is called strategy; their application on the battlefield is called tactics. Principles of war include the objective, simplicity, unity of command, the offensive, maneuver, mass, economy of force, surprise, and security. [Notes for the Course in the History of the Military Art, Department of Military Art and Engineering, United States Military Academy, West Point, New York, 1957, 1-3)

The civil war of 2022 will reveal strategies and tactics of words and actions either 1) to win votes to improve, evolve and preserve democracy; or 2) to suppress votes, deconstruct democracy and install autocracy.

Three strategies the Democrats have unfolded are to preserve the soul of the American political system, to strengthen the backbone of the country, and to unite the country. Some of the Democratic tactics being used to earn votes are planned improvement “actions” related to COVID-19, infrastructure, voting rights, immigration, gun safety, and foreign policy.  Continued strategies of the GOP are to divide the country, retain white supremacy, deliberately fan the fires of racism, sow fear, and to suppress voting rights of minorities through the tactic of voter suppression legislation in 43 states. Other intentional tactics are lying, working problems, blocking improvements, creating chaos, deconstructing, dismantling, bickering, sowing hate, and dividing.

“Words are singularly the most powerful force available to humanity. We can choose to use this force constructively with words of encouragement, or destructively using words of despair. Words have energy and power with the ability to help, to heal, to hinder, to hurt, to harm, to humiliate and to humble.” (Y. Berg) We are the intrapersonal, interpersonal and person to persons language we create; and a person who controls the message of words has tremendous power over others.

The language we each are, the “monkey mind self talk” and the emotions it creates, offer a clear paradox of choice: an America for Americans that is inspiring and visionary for generations to come—freedom, love, hope, happiness, peace-of-mind, purpose, and connections created on a foundation of compassion and good; or an America for Americans that is evil and dictatorial for generations to come—pay-back, fear, hate, vindictive, intimidation, economic insecurity, casts, racism, decay, and global disrespect. Christian D. Larson offers, “So long as we continue to resist or deny evil, we will think about evil, and so long as we think about evil, evil will be impressed upon the subconscious, that the subconscious will reproduce and bring forth into personal life.” When there is only one power which decides who is right and who is wrong, and who should be punished and who not, we have a form of…dictatorship. (James Heiser). And if the choice is not to look inside, one does not know.

The mission is quite clear: to merge with others to co-create, transcend and include others, and evolve democracy for “We the people, by the people, for the people…” The mission is not to create autocracy for a select few by a select few. Let history record that the civil war of 2022 strategies and tactics of the language, emotions and actions we each are won votes to improve, evolve, and preserve democracy for America and Americans. Let us keep America a nice place to live. 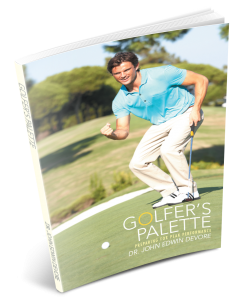