Reflecting on the Mar-a-Lago Club top secret/SCI, top secret, secret, and confidential documents recovery; January 6 Committee hearings; two impeachments; the Mueller Report; Congress; SCOTUS; the Fascist leanings of the GOP; domestic terrorism with a home-grown terrorist leader; a couple of fine reads—The Betrayal (Ira Shapiro) and Fascism: A Warning (Madeleine Albright)—and a growing number of shootings are cause for serious alarm!! Coupled with escalating political hyperpolarization caused by the conflicting ideologies of traditionalists, modernists, and post-modernists, a strong message is that American democracy is in danger!! Witness the absence of civil discourse; domestic terrorism and targeted violence by extremist groups orchestrated by a former U.S. President and a GOP Senator; possession of assault-type weapons and high-capacity magazines by a growing number of citizens; continued fanning of the flames about the lack of election integrity; widespread proliferation of misinformation and conspiracy theories; a Senate in need of new rules and new leadership; and public trust of the press and integrity of the First Amendment has eroded.

Folks, we have a great deal to heal and get done in the battle for the roots of the Nation. Our fellow citizens are not our enemies; and a “Red States” vs “Blue States” civil war, facilitated by SCOTUS, is not acceptable. Let us be open to the infinite, potential, opportunities, and possibilities for our great country, move forward, and evolve. We are all Americans, and we each have a daily choice to transcend and include others. A “draft” worldview of our “mighty task” might look something like this:

Quality, compassion, common good, and virtue in all we are and all we do.

It is time to evolve and move forward from the chaos of hyperpolarization being created by conflicting ideologies of traditionalists, modernists, and post modernists that are being pontificated by politicians and respective tribes. A good cultural worldview for America can facilitate discussion, nurtue common views, and evolve cultural transcendence. We need good, solid leaders who can turn vision into reality by creating strategic objectives, strategies, and action plans that defend American democracy and silence domestic, home grown, home led, terrorism. For the preservation of democracy, take time to separate the wheat from the chaff and vote for politicians who are genuine leaders with solid virtues and leadership track records, and who put serving America at the top of “must do” agendas. 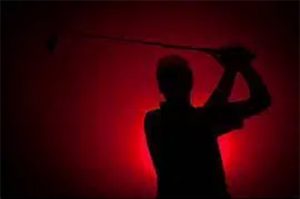