Except for a few, cross-cut individuals, Americans have evolved to be a political party sorted country; and daily, we are becoming more sorted. It reminds of a Broncos-Raiders football game: a must win at all cost. Wilber et al contend, “…partisan politics is a dangerous duel of limited and partial truths… glaring inadequacies of both parties, due largely to their lack of view big enough to address the complex issues facing us today.” (Integral Life Practice, 2008, Integral Books, 114) Lilliana Mason, Uncivil Agreement, offers,
Well-sorted citizens are broadly emotionally responsive. They get angry at any message of threat, and they get happy at any message of victory. Whether party-based or issue-based, highly sorted individuals react to political messages with emotional reactions that match those driven by the strongest partisans or the most issue-intense individuals. However, while the emotional reactions of highly sorted individuals match the maximum emotional reactions already found in the electorate, the reactions of cross-cut individuals are significantly less intense than the reactions of any other citizens…Cross-cutting identities dampen emotional reactions to political messages, such that the most cross-cutting identities lead to a complete lack of emotional response. This lack of response exists only in the group of cross-cut citizens that are increasingly disappearing from the American electorate.
It appears the wants are clear: freedom; the chance for prosperity; as few people suffering as possible; healthy children; and to have crime-free streets. (StudentNewsDaily.com, “Conservative vs Liberal Beliefs,” 2010) The political party sorting appears to be based on how to achieve the wants. Mason suggests that President Trump’s supporters are simply refusing to see facts that contradict their beliefs. She contends,

As Americans continue to sort into partisan teams, we should expect to see more of this emotional reaction, no matter how much we may truly agree on specific policies…In other words, the anger driven by intergroup conflict and the gradual reduction of cross-cutting identities in the electorate is actively harming our ability to reasonably discuss the important issues at hand. The more people who feel angry, the less capable we are as a nation of finding common ground on policies, or even treating our opponents like human beings. Our emotional relationships with our opponents must be addressed before we can hope to make the important policy compromises that are required for governing.
Aside from age as an older senior, and golfer, too, it feels like I am one of the cross-cutting citizens who are disappearing. Having traditionally made voting decisions based on individuals who were believed to be objective, who were not self-serving and who would make decisions that were in best interests of the country, the decision for November 2020 is clear. Lying awake last evening the mind rambled: embarrassing, obnoxious, public display of incompetence, dereliction of duty, corruption, catalyst for racism,  absolute chaotic disaster and absence of compassion during a global pandemic-100,000+ deaths-punctuated by “keep your mouth shut” pay-offs to prostitutes Stormy Daniels and Karen McDougal; 12 women claiming sexual harassment; cheating on two wives; the Mueller Report (nine counts of obstruction of justice, Russian interference in the 2016 election and four persons in jail: Roger Stone, Michael Flynn, Michael Cohen, Carter Page); refusal to disclose personal financial information; conduct above the law; impeachment for obstruction of justice; on-going institutional destruction and deconstruction;  and choosing not to model the way for American citizens. And there are politically, well-sorted Americans who blindly defend this behavior by the President of the United States. From the perspective of an older senior, not good, not OK for America.
How can we evolve our emotional relationships with our opponents? We can play golf; we can continue our  lifetime work on self-restraint; we can evolve our integral life awareness, understanding and practice; and we can stand in the face of power and tell the truth. The fear; distractions; lies and deception; and if the facts make you look bad, deny the facts, are strategies that do not promote perfectly healthy communities and a perfectly healthy American culture. We can do better in November 2020!! Whether Democrat or Republican, we need positive, high quality leaders who transcend, inspire, and include others and earn the power of elected positions through exemplary character, personality, mentality, compassion, and magnetism. It is time to hire leaders who evolve our awareness and put us on a path to create a country that “… not only sees through but also lets go of the gross related ego-self as the center and anchoring reference point from which the complex dance of relations, processes, and experience is always seen. This relaxes the tension or stress between individuality and interconnected unity.” (Wilber et al, 97) 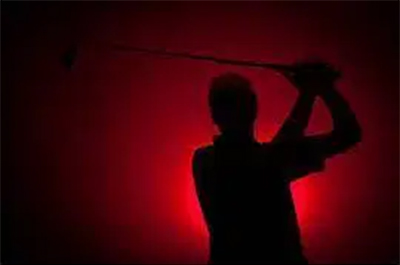