In The Blood Lust of Identity Ian Buruma offers, “Identity is what gets the blood boiling, what makes people do unspeakable things to their neighbors. It is the fuel used by agitators to set whole countries on fire.” Yes! We need to get back to the work of governing instead of focusing so much of our energy on partisan victory, conflict, and pride. Folks, we collectively must wake up, begin to think sanely, and elect political leaders with new trajectories and course setting strategies that manifest from deep within the cockpit of compassionate souls. We are de-railed and can begin to re-rail with votes this November.
Having been born in Defiance, Ohio and raised in the small town of Sherwood, Ohio in Northwest Ohio farm country, the evolving America of today is a far cry from what was modeled during those early years. Dad owned a hardware store and Dad, Mom, brother Dan, and I helped make the store customer friendly for all customers. We went to church on Sunday, had pleasant time together as a family and with cousins from Fort Wayne, Indiana. Dan and I played with the neighborhood kids and went to the local school. The teachers, coaches, spiritual leaders, and neighborhood parents were great, and many of the names re-surface daily. Life was simple! Perhaps Glennon Doyle nails it when she comments that when we reach the age of ten, we lose who we are and become who others think we should be. Confusion and chaos set in and we grow up curious and puzzled about who we really are. Wow! There has been a lot of losing going on! Have we really become who others think we should be?
To get the Self right it was off to obtain degrees; 12 years as a trained killer and decorated combat veteran who did not care whether fellow soldiers were Democrat or Republican; 23 years in corporate America that included creation of minority and women supplier development programs and seven minority, women, gay and deaf employees’ advisory councils; two marriages, three wonderful kids and six grandchildren; and retired and still trying to get the golf game and life right. Quite simply, experience offers that the strategy of anger and divide hurts folks; any idiot can make up stories to fit a narrative; schoolyard viciousness comes from 8-year old bullies; disrespect invites disrespect; violence incites violence; and when the powerful use position power to bully others we all lose.
As one of many combat veterans, we are witness to a President who chooses not to champion those in uniform and respect the core values of the military: 1) does not set a good example; 2) lies to self-serve; 3) dismissed as headaches the blast exposure soldiers received from a 2020 Iranian missile attack; 4) in three plus years he has made only three visits to soldiers in war zones; 5) has referred to military leaders as “dopes and babies” when being briefed about the value of allies and overseas commitments; 6) reversed punishments or convictions for troops accused or convicted of war crimes; 7) has excoriated soldiers who have irritated him: Senator John McCain, a prisoner of war in North Vietnam for more than five years; Defense Secretary James Mattis: “…the world’s most over-rated general…”; and combat-wounded Lieutenant Colonel Alexander Vindman was “very insubordinate” and fired from the White House for testifying at Donald Trump’s impeachment.
Political party sorting has divided the country, is dividing the country, and will continue to divide and deconstruct this country unless “we the people” make a definitive course correction. We need to elect and re-elect sane political leaders who are aware and understand the perils of partisanship and who have a track record of leading, healing, transcending and including, and uniting diverse groups of folks…coalitions unify. We are all humans and have needs and wants and together we can make those needs and wants become reality. Each of us needs to stand in the face of power and tell the truth. Let us elect political leaders who are masters of the Self and who model the way as persons, in relationships, and by helping others. Let us not re-elect or elect deranged idiots. 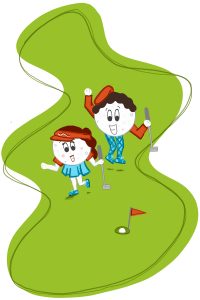