The United States Senate impeachment trial of former President Donald J. Trump is an ending, transition, and a new beginning.

As “new investigations” unfold for the former Commander-in-Chief, incumbent Senators and Representatives who were accomplices, and other accomplices to the insurrection, investigators and prosecutors will thrive on the massive amounts of incriminating evidence that has surfaced during the trial and will surface as days, months, and years unfold. Investigators, lawyers, courts, judges, juries, and jails will be kept quite busy! Moreover, with decisions not to impeach by some Representatives and to acquit by some Senators, domestic terrorism and terrorists will be energized and inspired and will respond; and the country will become less safe for all Americans. In addition, for generations to follow, many youth of the country will receive the message that domestic terrorism, breaking the law, egotistical pride, catalyzing hate and fear, racism, ignoring facts and reality, cowardice, lying, political party sorting, narcissism, and violating an oath of office are acceptable behaviors.

Stop what you are doing. Breathe deep. Simply be. We have a great deal of repair work to do to keep our democracy moving in a positive direction; and together we can get this job done!! A step in the right direction will be to select political leaders who are masters of the authentic self and model the way as persons, in relationships, institutionally, socially, and by helping others. Happiness is certainly a reasonable goal: simply peace-of-mind, coupled with connections and purpose built on a solid foundation of compassion. 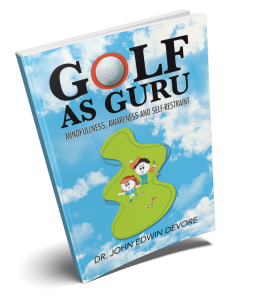